Houses are the least affordable they've been in seven years: Here's why 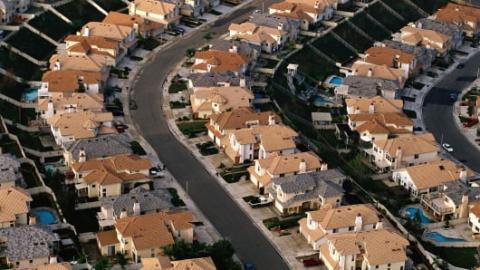 Rising mortgage rates, bigger jumps in home prices and still-moderate income growth are adding up to a triple threat for the housing market this spring.

Home affordability fell to the lowest level in seven years at the end of 2016, and the ingredients for a reversal are not there anytime soon.

It now takes 22.2 percent of median income to make the monthly principal and interest payment on the median priced home, according to a new report from Black Knight Financial Services, which based the measure on borrowers using a 30-year fixed mortgage. That monthly payment on the median-priced home increased 10 percent in the fourth quarter alone, thanks to a sharp jump in mortgage rates following the presidential election.

During the 2005-2006 housing bubble, it took nearly 36 percent of the median income to afford a home, as home prices and mortgage rates were higher.

But there is a stark difference between those days and today. Back then, most homebuyers were not using 30-year fixed loans. They were using all kinds of "creative" loan products with no money down and extremely low teaser rates. They also used negative amortization loans, which put payments off, adding to the balance of the loan. These loans caused the extreme bubble and the ensuing crash in the financial markets — precisely why many of these loans are illegal today.

"That's why we always use a 30-year fixed rate for comparison. It lets you know if something in the mortgage market itself (other than rates) is causing a change in the affordability equilibrium," noted Ben Graboske, executive vice president of Black Knight Data & Analytics. "Mortgage lending led to affordability getting out of whack back in 2006 due to mortgage programs increasing buying power and thus driving up home price when in reality, without those products, the affordability ratio (between home prices, incomes and interest rates) were nowhere near sustainable."

Home prices rose steadily throughout last year with the annual gains increasing each month. In December, prices were 7.2 percent higher nationally compared from December 2015, according to a new report from CoreLogic.

"As of the end of 2016, the CoreLogic national index was 3.9 percent below the peak reached in April 2006," said Frank Nothaft, chief economist for CoreLogic. "We expect our national index to rise 4.7 percent during 2017, which would put homes prices at a new nominal peak before the end of this year."

Other indexes have shown home prices already surpassing their previous peak nationally, and certain local markets in California, Colorado and Texas have already moved well past the heights of the last housing boom. The main reason for higher prices is no longer just low mortgage rates. It's tight supply and rising demand. This spring could be the tightest market ever for homebuyers, as builders increase production only minimally, and the leading edge of the massive millennial generation finally starts shopping for homes.

"Nationally, homes remain more affordable than pre-bubble 'norms,' but it's clear that the market is now experiencing the most pressure — from an affordability perspective — since the housing recovery began," Graboske said.